Irrigation Technology Allows Farmers to Maximize Water Use in Argentina 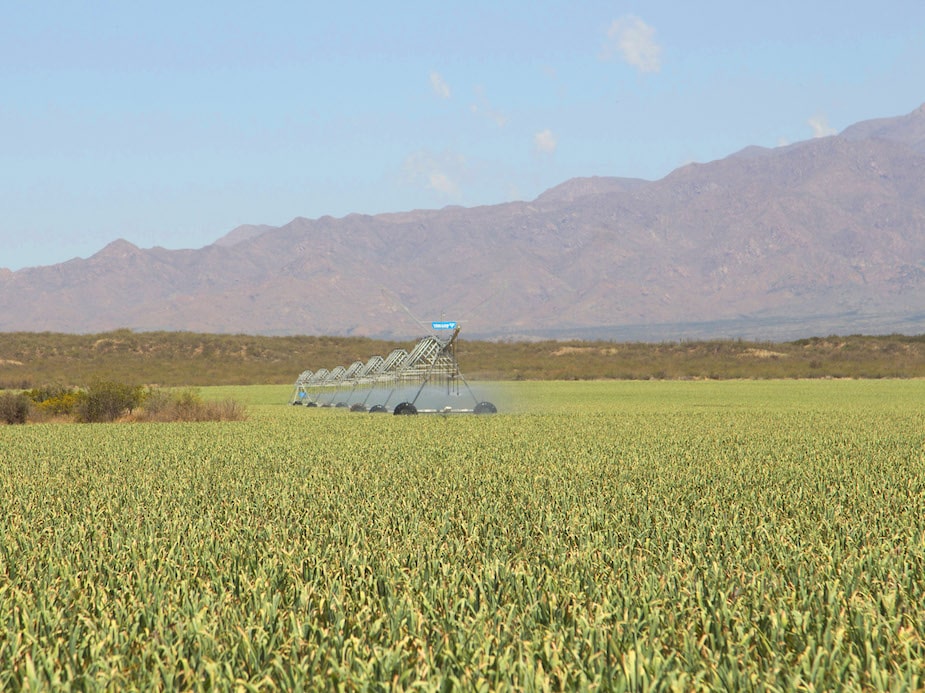 Water scarcity is a growing concern in the Province of Mendoza, Argentina, an area renowned for agriculture products including grapes and vegetables. In fact, the General Department of Irrigation of Mendoza announced that in 2022, the province experienced its highest water crisis compared to the last 30 years. Its supply of water is 30% lower than the historical average, a statistic that is likely to only worsen over time.

Irrigation in this region is made possible through the oases, areas fed by rivers that flow from the summits of the Andes Mountains. However, the growing water crisis created by decreasing snow accumulation in the mountains combined with ongoing drought conditions in lowland areas have led to tight water restrictions, further limiting farmers’ ability to irrigate their crops.

As farmers consider ways to address water scarcity, many are adopting advanced irrigation technology to maximize water use across their fields. As an example, third-generation farmers, the Sáez family, relies on pivot irrigation to produce garlic, carrots and potatoes across Aromas Mendocinos and Agrícola Don Cecilio, two fields of approximately 740 and 370 acres respectively.

The Sáez family first watered their crops using drip and gravity irrigation methods before implementing five Valley® center pivots in 2018. According to farmer Gabriel Sáez, "Mendoza is suffering from a water crisis that is worsening and is very serious. I believe it’s essential to make the water we have more and more efficient."

"A field we purchased already had a Valley pivot in operation. After learning more about Valley products and their reliability, we felt confident in choosing the brand for our pivot irrigation," Gabriel explained. The level of after-sales service provided by the local Valley distributor, Tecnoriego Cuyo, further supported the family’s decision.

Gabriel equated that “water is yield” and since evolving to pivot irrigation, Sáez farms is effectively irrigating between 124-173 acres using the same amount of water and perforation they previous used to irrigate just 49 acres. By irrigating more efficiently the family is also increasing opportunity for higher crop yields.

Further supporting their production opportunities, the Sáez family uses crop rotation practices to preserve the health of the soil, allowing them to produce garlic, which is primarily exported to Brazil, carrots for the domestic market, and industrial potatoes to supply Simplot, a leader in the large-scale cold storage sector for super-frozen products. The farms produce an average of 10 tons of garlic, 90-100 tons of carrots and 57 tons of potatoes annually.

Gabriel credits the Valley pivots versatility  for the family’s ability to use them to irrigate all the varieties of crops they produce. From how the pivots are built to the agricultural technology that can be equipped on the pivot, Valley is making it easier and more efficient for farmers like the Sáez family to reduce resources while increasing yields. They’re accomplishing this through advanced remote pivot management, control and monitoring devices, virtual crop scouting using artificial intelligence and others—all of which are accessible from a smartphone or computer.

"I would tell other producers not to hesitate when investing in irrigation,” Gabriel commented, “When you consider the daily operation of a drip irrigation system to pivot systems, drip is much more complex. You have to be concerned with the placement and removal of hoses year after year, which must be changed every year. That generates a lot of disposable plastic material. Not only is it harder to conserve water; it also uses more materials and resources to maintain it. Pivot irrigation is easier, more efficient and creates less waste.”

Implementing pivot irrigation in water-restricted areas like the Mendoza region is another way growers can utilize Valley products to conserve resources while improving lives.