Irrigation as a Tool to Ensure Food Security Around the World 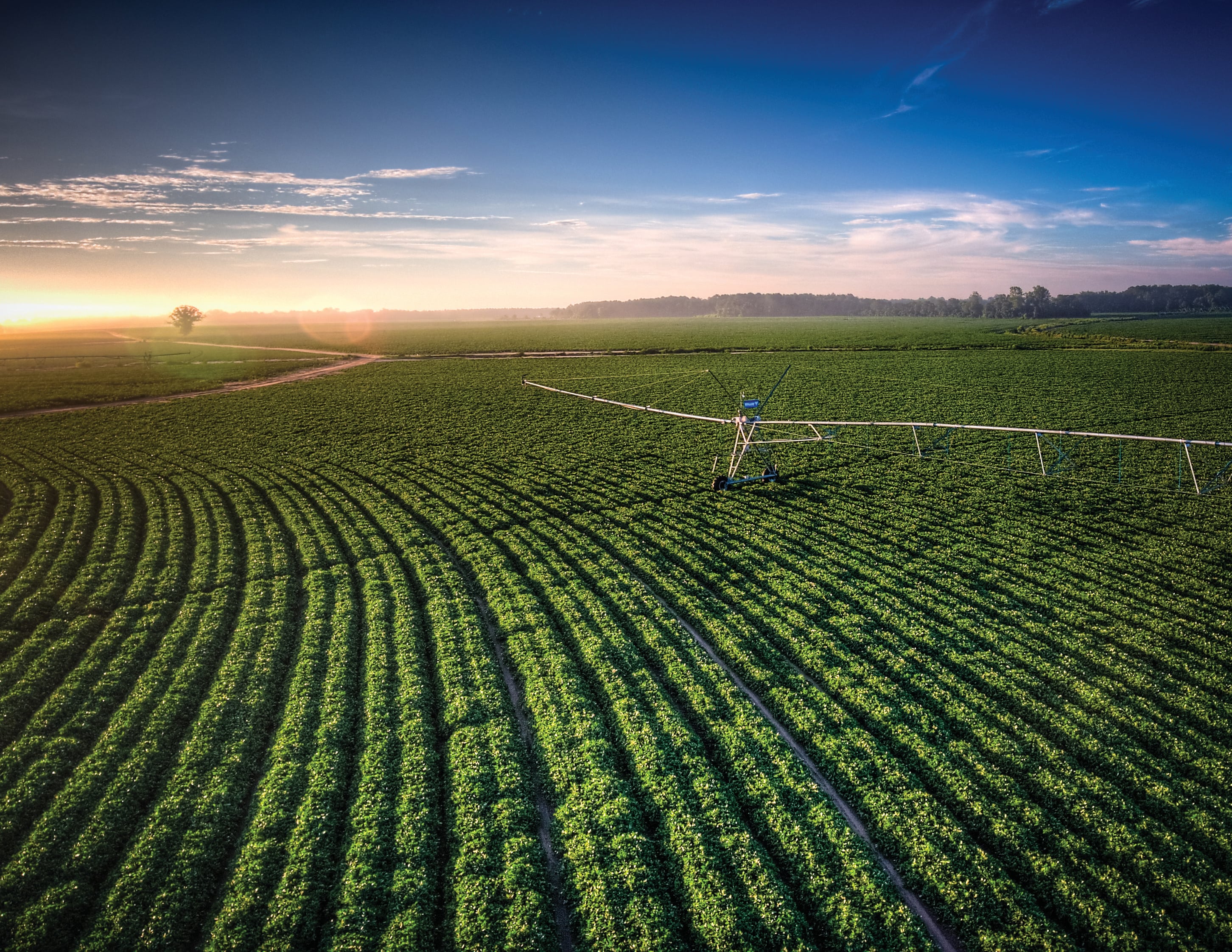 Using the same amount of land yet harvesting greater yields while using fewer resources. That is the goal for agriculture to be sustainable and meet the present (and future) demand for food.

The global agricultural sector produces around 5.5 billion tons of food. That’s a staggering amount. Even more staggering is that it soon might not be enough.

By the year 2050, according to FAO, the world will have approximately 9 billion inhabitants (today it has 7.753 billion), which will require a seemingly incredible increase in food production. In just the next 30-40 years, growers will need to produce more food than was produced in the previous 8,000 years combined. To meet this surge in demand, irrigation must expand, and precision technology must continue to take a leading role.

The forecast for grain production in South America is good: 212 million tons, which is a 7% increase over last year’s record. However, the forecast in many other parts of the world is grimmer: India and China are expecting poor crop seasons, and drought in parts of the United States has lowered yield forecasts. The U.S. Department of Agriculture is expecting the global wheat crop to fall for the first time in four years; however, pivot irrigation can be an important part of increased production and serve as a type of “drought insurance.”

The Power of Irrigation 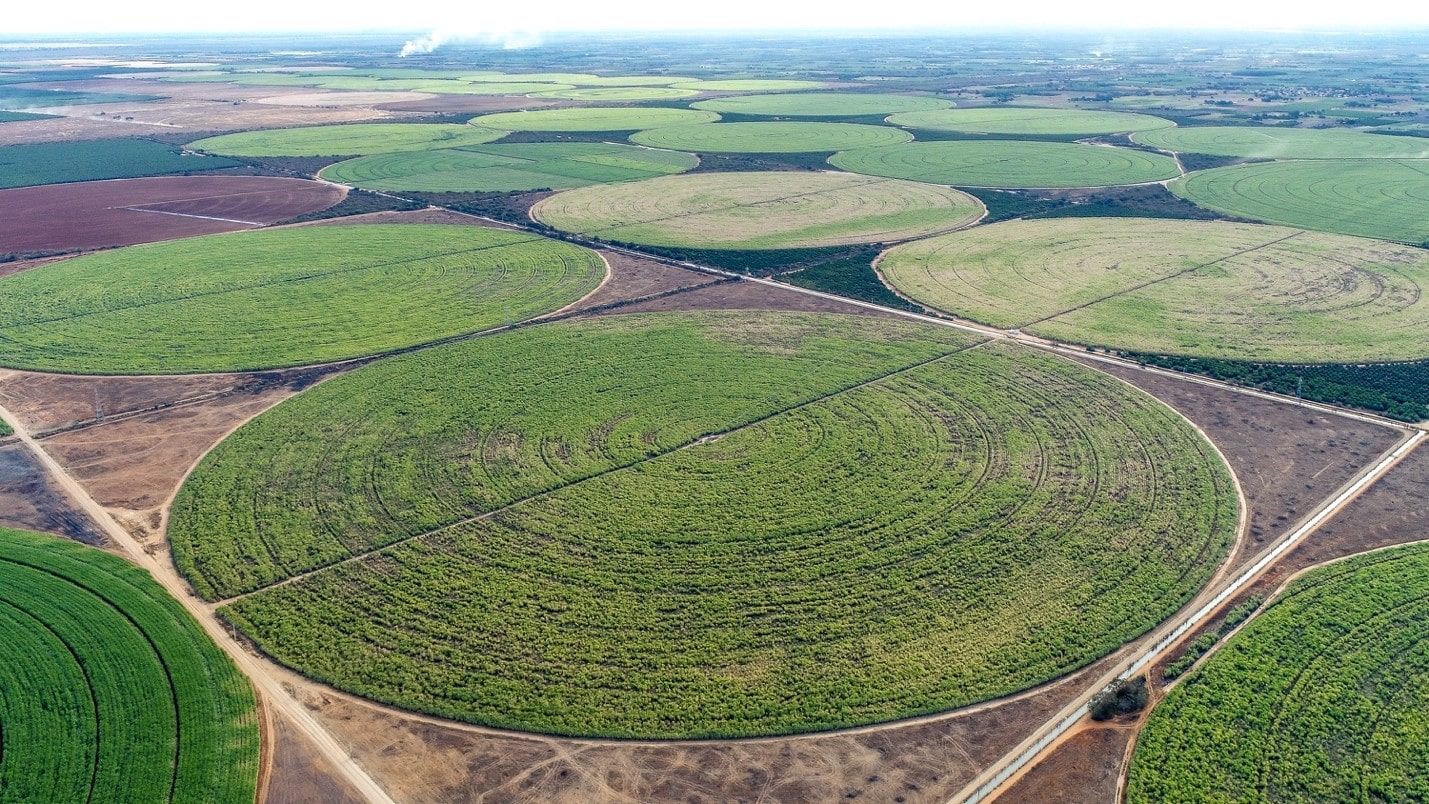 Today, approximately 310 million hectares (766 million acres) around the world are irrigated. Overall, just 20% of total available agricultural land is irrigated, but that land accounts for 40% of production. That “multiplier effect” is the power of irrigation – offering boosted productivity and ROI to growers, helping food reach every table everywhere.

Of the 310 million irrigated hectares, about 11% are irrigated by center pivots. To produce more—and more efficiently—that number should increase.

As governments and individuals realize the increasing need for high-efficiency land use, in part because of climate change, they are driving investments in precision irrigation technology. A little water at the right time goes a long way toward boosting yields. In fact, pivot irrigation increases production by two-thirds for wheat and more than triples yield for corn. 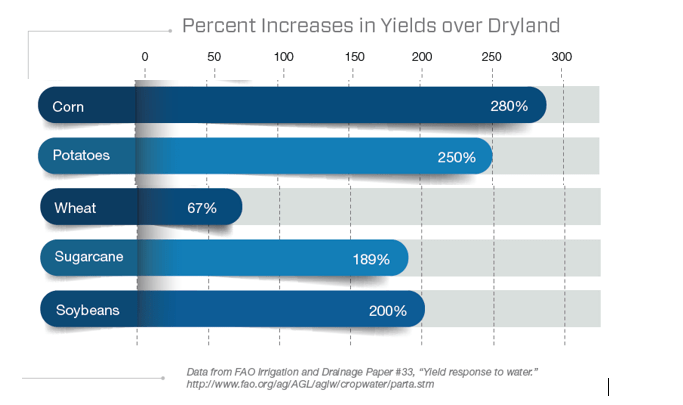 Greater investment in pivot irrigation, in addition to accelerating global production, has a positive impact on the environment.

The fact is, growing crops requires water, so precision matters. With traditional flood irrigation, only about 50% of water is absorbed; the other half is lost to evaporation, runoff, transpiration and other factors. With center pivot irrigation, water absorption rates improve to 85-90%. Each year, this saved more than 4 trillion gallons of water. Plus, center pivot irrigation helps prevent loss of fertilizers and crop protectants, keeping them on the crop where they belong.

“At Valley Irrigation, we have been working for decades to help achieve global food security,” says Darren Siekman, Vice President & General Manager – International Irrigation for Valley. “We are innovating to help growers produce greater yields on the same amount of land—while using less water and energy.”