With permission and translated from Irrigazette

Located on the slopes of the Garonne Valley in southwestern France lies a medium-sized farm surrounded by a landscape full of vineyards. Leyritz-Moncassin, in the Lot-et-Garonne region, is a remote, beautiful place with almost no flat land. In short, it’s not the type of terrain on which one expects to find center pivot irrigation.

Alain Farina, owner of the farm, and Armel Morlet, France Territory Sales Manager for Valmont Irrigation, are happy to disprove the assumption.

Like the surrounding area, the terrain on Alain’s farm is very steep: from the highest point of the field to its lowest is a difference of almost 200 feet of elevation. He recently purchased a Valley® center pivot, and Alain has learned that it can endure the sometimes-precarious landscape where his corn grows.

Plus the pivot, which has nearly 13 feet of clearance between the ground and the span, has been raised another three feet, allowing the tilt to clear the ground and pass over the crop canopy. 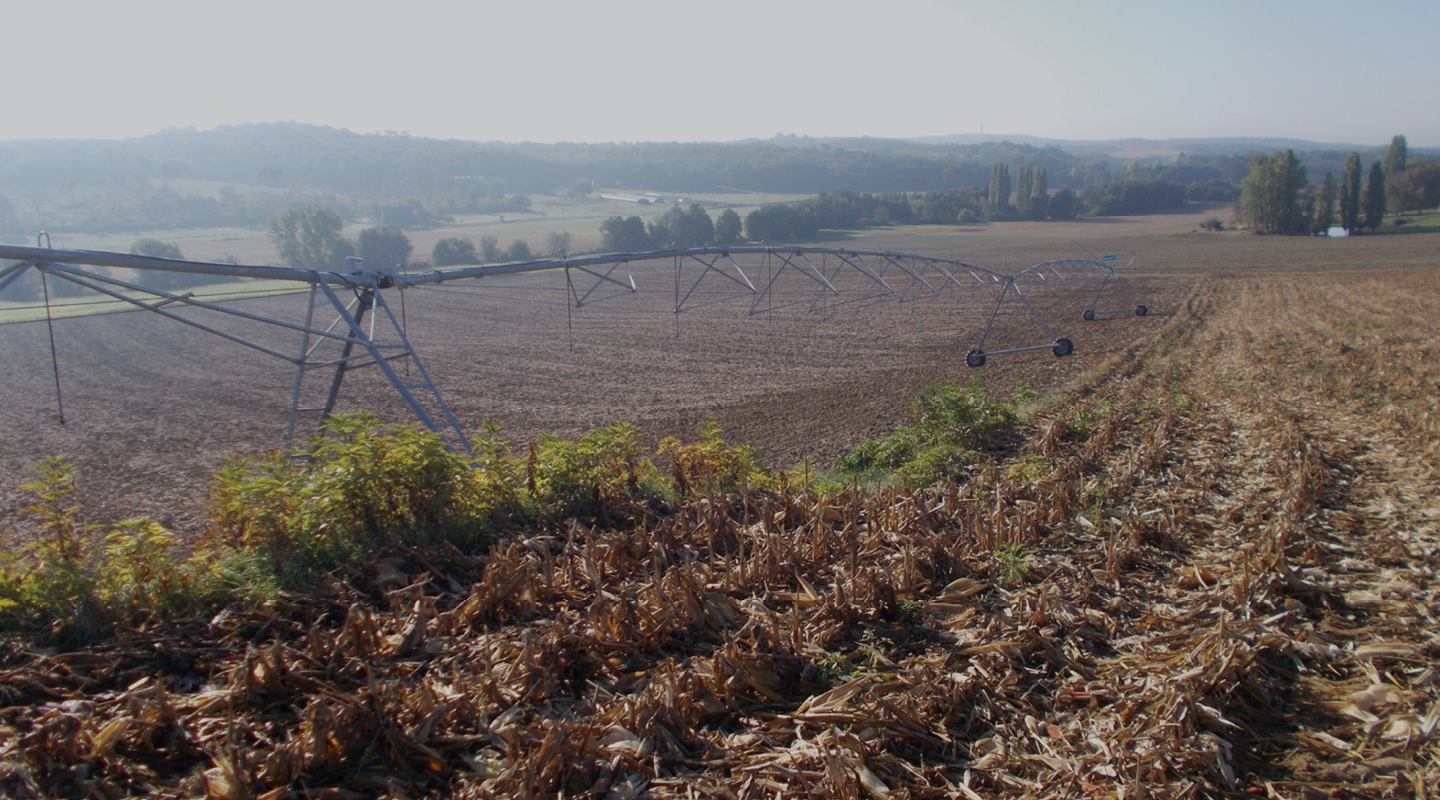 On this Valley center pivot, the nozzles are fitted with a pressure regulator, allowing for a uniform pressure to be achieved across the entire field.

Another problem with sloping land is trying to obtain uniform pressure over every part of the field. The difference in elevation between one end of the field and the other represents a pressure differential of approximately 87 psi, Alain says. “With a hose reel (traveling gun), I had to change the nozzle size. On a pivot, the nozzles are fitted with a pressure regulator, allowing us to have uniform pressure across the whole field.”

Another significant advantage that center pivots have over hose reels is time savings: it’s unnecessary to go out to the field to move them. Alain’s father currently assists him on the farm, but he may not always be willing and able. If Alain finds himself working alone on the farm, he will not be able to find time to move the hose reel by himself.

Thanks to the pivots, Alain has seen an increase in corn yields. “With the hose reels, I was getting a maximum of 12 tons of corn. I have managed to achieve 13 tons this year,” he says.

Because of this increase in yield, Alain is gradually replacing hose reels with pivots. He has bought another second-hand pivot in the Landes region, and has ordered a third.

To irrigate the two fields in the area, Alain Farina draws water from a nearby river in the valley below. He has access to a private reservoir further away on the farm, and is also connected to two water supply networks.

Selecting the Right Sprinkler for Your Irrigation 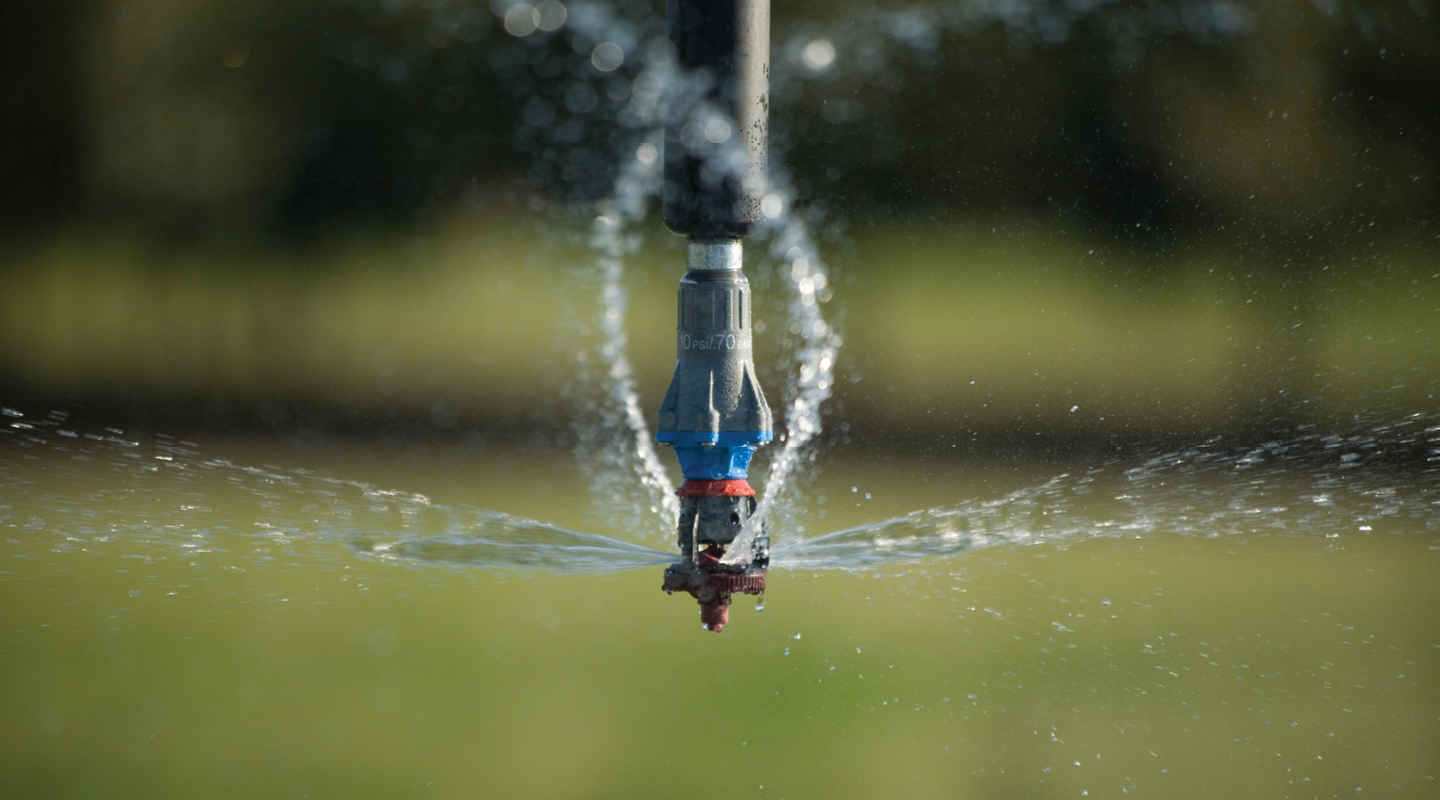 Nelson sprinklers help ensure that application is even and works to the grower's advantage.

Nozzles are important, Armel says, and the quality and uniformity of the irrigation should be the primary criteria when selecting a sprinkler, to avoid sprinkler overlap and potential over-watering.

The quality of the sprinklers, their assembly and position, and their adjustment on the span will, of course, have an influence on the proposed budget. In Alain’s case, the pivot is fitted with Nelson sprinklers positioned with drop tubes approximately every 19 feet. 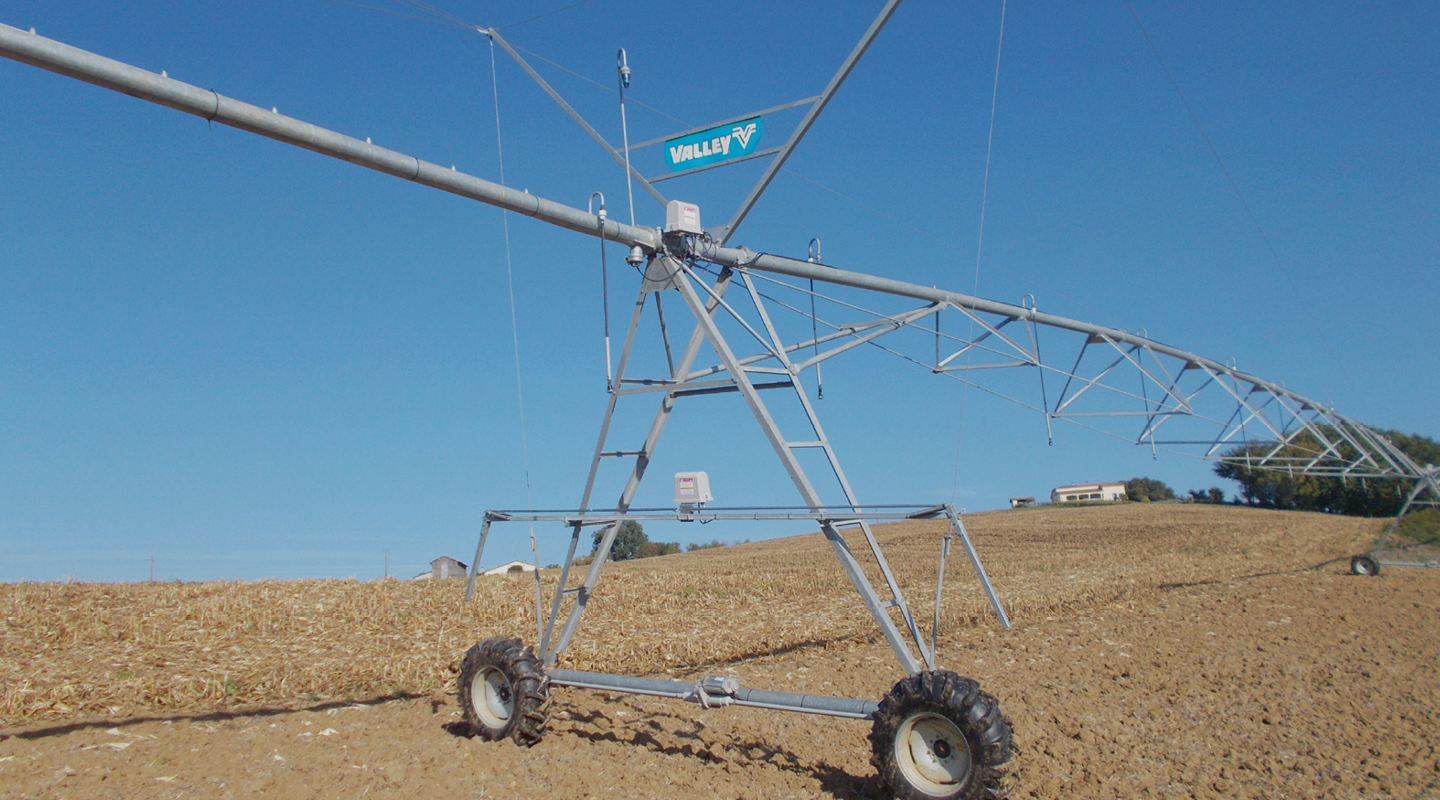 A Valley center pivot performs reliably, even on tough terrain in southwestern France.

Alain grows a variety of crops. At the present time, wheat accounts for 50% his crop; soybeans 20%; canola 20%; and corn 10%. The percentages are determined not only by his current crop rotation program but also by the prices on the world market. The prices for wheat and maize are currently down. Overproduction in Russia has brought prices down, too, he says.

“Irrigation is expensive, about €300 per hectare ($149 per acre), but it acts as an insurance,” Alain explains, especially as dry years appear to be more frequent.

To learn more about how irrigation can help your operation maximize yields, as well as overcome challenges with drought, tough terrain and more, find a Valley dealer near you.

If you would like to read the full article, please visit http://irrigazette.com/en/news/irrigating-sloping-land-pivots.