Every farm wants to be better, smarter and faster. The Berg family has found a way to achieve all three.

The Bergs’ family farm is a diverse operation located near Patterson in southeast Washington, along the Columbia River. The Bergs are always looking for ways to improve, and they’re more than willing to try new technology and techniques to accomplish that goal.

Three siblings own and operate the farm. Matthew handles most of the field operations, planting and harvesting. Nicole works the field and manages the administration of the farm, from working with government agencies to participating in growers’ associations. Steve handles the irrigation management and chemical application.

A River Runs Through It 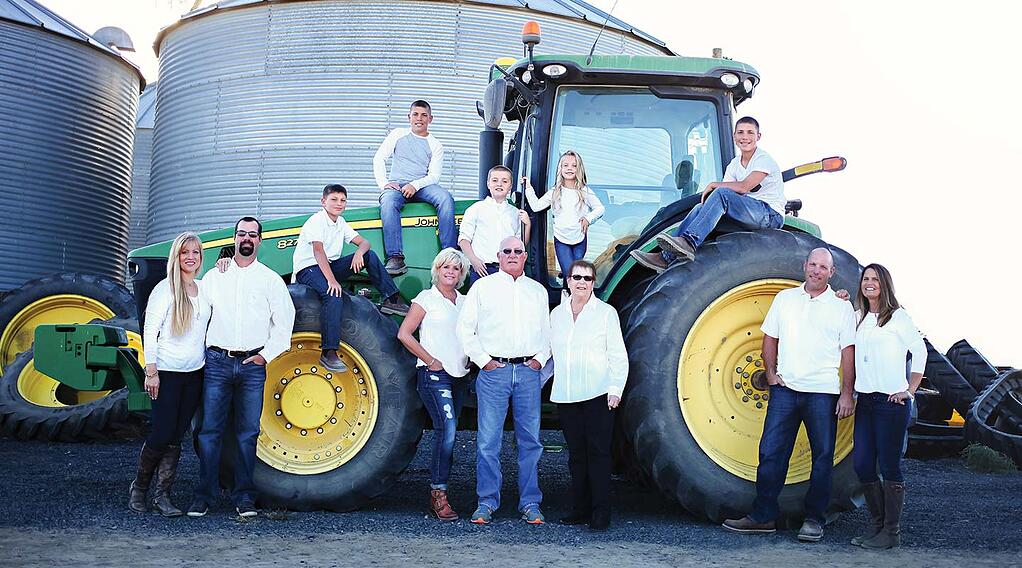 The Berg family farms a wide variety of crops near the Columbia River in southeastern Washington state.

The farm pumps water directly out of the Columbia River from one main pumping plant. They move the water to their center pivots using several booster stations that employ variable frequency drives (VFDs) in which motor speeds change as water pressure needs vary. This is a necessity for a farm with 40 Valley® center pivots that cover a wide variety of crops, including seed crops such as beans, peas and grass; sweet corn and peas for a cannery; alfalfa for hay; and potatoes, onions and carrots.

Steve works closely with Jonah Lindeman from Valmont Northwest on everything from pumping water to managing remote telemetry. Because Steve enjoys trying new technology and providing input to assist in its development, Lindeman asked him to try a pre-series prototype of what would become the new Valley X-Tec® DC center drive. 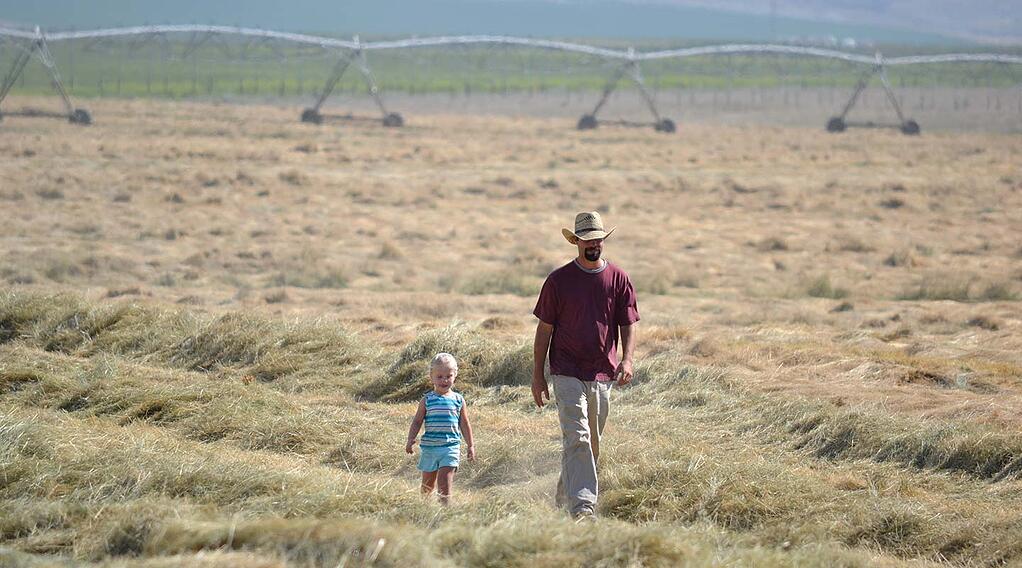 The Valley X-Tec operates up to twice as fast as a standard, high-speed AC center drive motor, using Valley FastPass™ technology. The motor design provides constant torque at any speed, and the patented alignment technology and DC motor keep the center pivot moving at a smoother, more consistent pace compared to his original AC center drive motors. The Bergs’ land is fairly flat overall, with some canyons and sloping terrain. The soil is well-drained, volcanic soil with some sandy areas. The pivot with the X-Tec prototype sits on sandy soil, which can pose challenges for growers.

“We used the X-Tec on that land to address erosion issues,” Steve explains. “We can run a quick cycle over it so the sand won’t blow. We had hay on it for a while, so the ground was covered pretty well, but next year we’re planting potatoes, so having the ability to keep the soil wet will make a bigger impact.”

When the Bergs added four new Valley center pivots to their operation last year, they included Valley X-Tec drives on those, as well. Steve says that while the controller added a bit of cost, the results justified the expense. “It’s a new machine, so it’s definitely worth having that new technology, especially with vegetable crops and on land with soil that blows a lot,” he says.

Steve says another big advantage of using Valley X-Tec is that it allows him to apply pesticides in half the time, while using less water.

“I’m the only one who runs our herbigators, so before X-Tec, I could only get one field done in a day,” Steve says. “Now, since the X-Tec can move the pivot twice as fast, I can use one herbigator to apply products on two fields per day.”

Steve used the same process to apply copper on one of his fields to supplement the soil. “Copper doesn’t mix with anything,” he says, “so on that single field, I put insecticide down first, cleaned out the tank, and then applied copper that same day. I don’t have to do that often, but it does happen, and it’s good to get it done in a day.”

Valley X-Tec technology also allows Steve to apply products that are extremely time sensitive, without having to hire outside help. “We use a product that has to be incorporated in the ground the same day it is applied,” he says. “Normally I would hire a ground rig or airplane to apply this product at eight to 10 dollars per acre, because it takes me so long to apply and incorporate the product myself. With X-Tec, I can apply and incorporate the product myself in one day, saving time and the application fee.”

Steve says he also sees benefits from the continuous movement of the Valley X-Tec DC drive motor. “I believe it’s easier on the equipment overall,” he says. “With constant movement, the gears in the gearbox are always being covered in oil. Also, with X-Tec, the U-joints no longer get jarred with every cycle of the motor.” 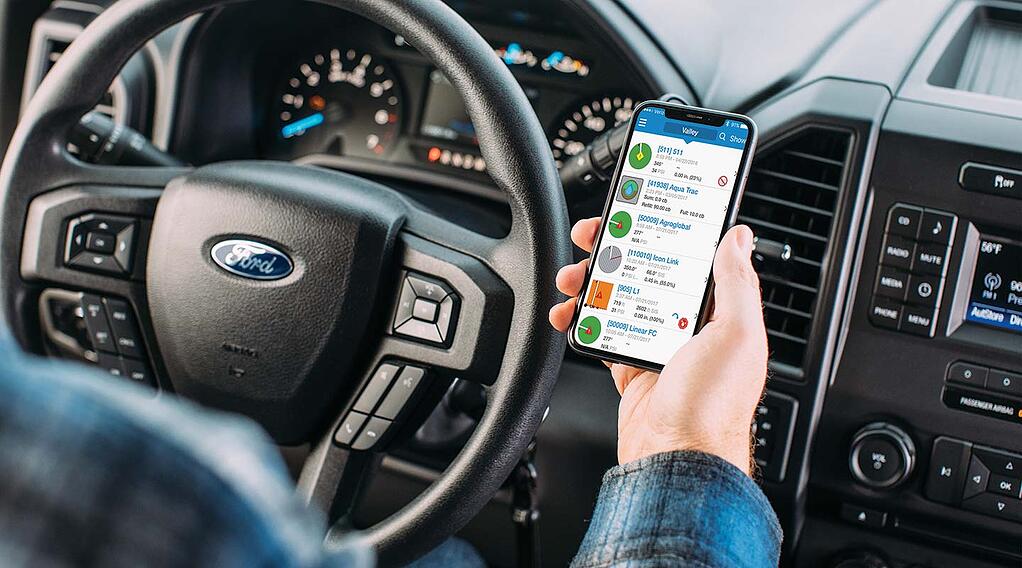 Remote telemetry makes it easier for growers like Steve Berg to get a snapshot of their entire operation in the palm of their hand.

With 40 center pivots to control and monitor, Steve has been taking full advantage of remote telemetry for several years.

“I use BaseStation3™ on all of my pivots, including my four new ones,” he says. “I can use the mobile app on my phone for quick and easy access to the control features, and I can see everything that’s going on with my pivots. I don’t need an army of people out there reporting in. I can see the entire picture myself.”

Steve says that while using remote telemetry puts more responsibility on him, it also saves time and reduces labor costs.

“A couple of years ago, Valley integrated Google Maps™ software into the BaseStation3 software, and that really ties everything together for me. I have a complete picture. I know exactly where my pivots are and I can base my irrigation decisions on that.”

To learn more about how center pivot irrigation can make your farming operation better, faster and smarter, talk to a Valley dealer near you.