Even the smartest, most forward-thinking farmers occasionally need to call in experts like Valley® Water Management (VWM).

By all accounts, Lee Sublett of Sublett Farms near Huntsville, Ala., is a progressive, savvy farmer who lives in an area limited only by land availability and water access. With 1,200 acres covered in corn, wheat and soybeans, he recently went to great lengths to secure water for irrigating these areas. 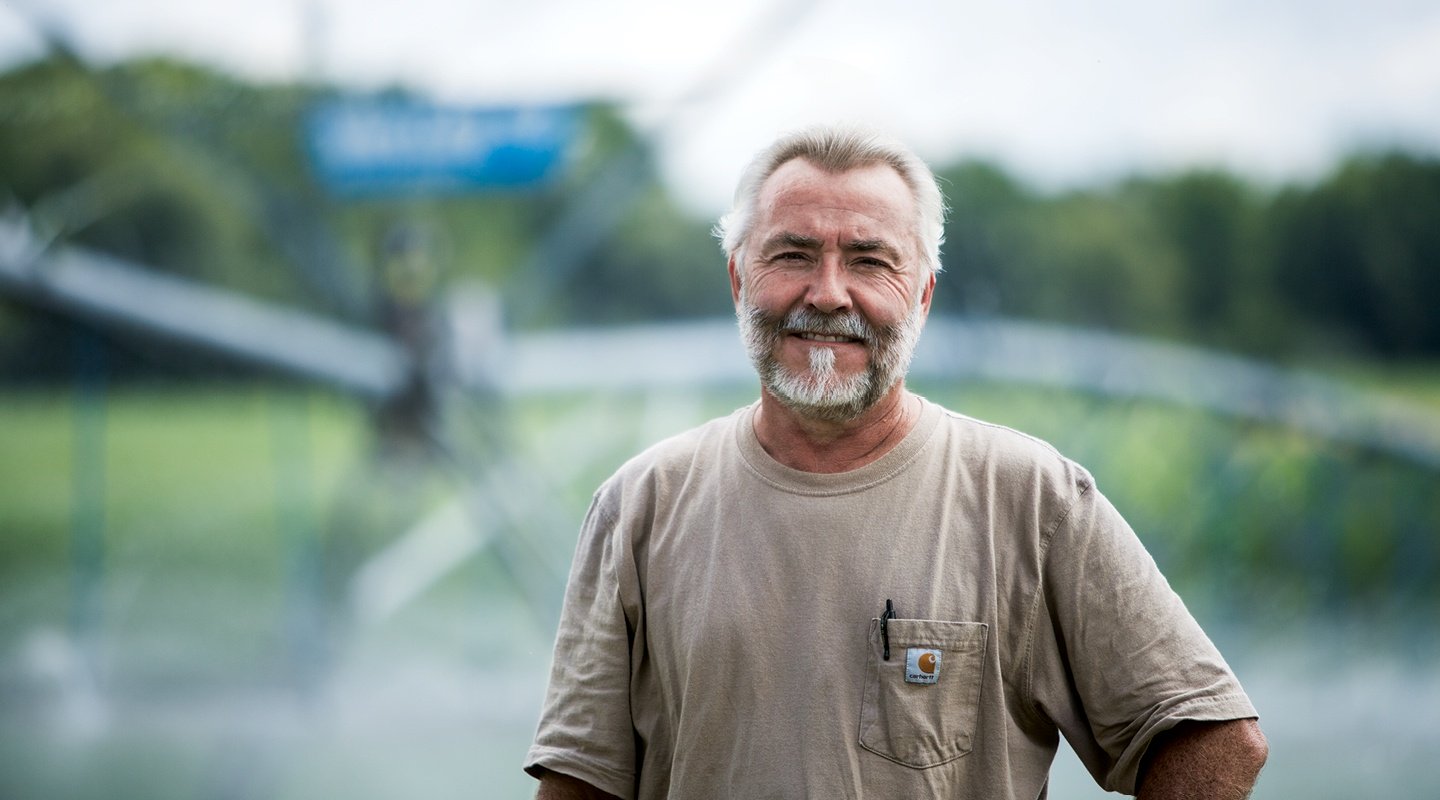 Sublett still has plenty of dryland acres, but he knows that irrigating some acres ensures he won’t miss a crop, and that getting water on his land will pay off in the long run.

“It’s a sure thing,” states Sublett. “Most years, I get between 30 and 100 bushels per acre more on my irrigated land than on my dryland corn. One year, there was almost a 200-bushel difference. Now, that’s not normal, but it did happen.”

Yield is a definite plus for Sublett, but it’s not his driving force.

“I own this land, and I want it watered. That’s what it comes down to – taking big steps to secure much needed water.”

The end goal: To capture as much water as possible during the off-season and establish a fully automated pumping solution to reach six pivots without a substantiated water source.

Sublett Farms operates 11 Valley pivots. Three of those obtain their water from a 45-acre, naturally filling lake. Two more receive water from wells. The other six presented the challenge. There isn’t enough well capacity to supply all of those pivots, and Sublett Farms has no access to the nearby Tennessee River.

However, there is a small, nearby creek that fills with ample water during the off-season but is dry during the growing season. Sublett needed to find a way to capture that water when it was available.

Sublett owns an excavating company, so he designed and excavated a reservoir a quarter of a mile away to capture 200 acre-feet of water from the creek when it fills.

Buchanan installed two pumps in the creek – one with a Variable Frequency Drive (VFD) – to move the water to the reservoir. Fields then positioned a programmable logic controller (PLC), to act as the control center. When a water level sensor in the creek bed shows there is enough water in the creek, the PLC tells the VFD to start the pump slowly. It ramps up one percent every minute, gradually bringing the pumping up to the level of the creek flow.

“Once that pump reaches full capacity, the PLC pulls in the second pump,” says Fields. “While that one is running, the VFD is still varying speeds, so we can avoid over or under pumping. It’s a nice steady water supply for the reservoir, and it’s easy on the entire pumping station.”

The sensor reads the amount of available water to within a tenth of an inch, and the fully automated pumps will work with as little as two inches of rain flowing in the creek.

It takes only seven inches of rainfall to fill the entire reservoir. Once it’s filled, water flows naturally down a spillway.

Moving Water to the Fields

Once the water was available, VWM’s Fields conferred with Sublett and Buchanan prior to designing the pump station and pipeline that would distribute the water to the pivots.

“They explained what they wanted, and we helped make it happen,” Fields explains. “We always work with the grower and the dealer, so we can integrate the farm management practices. That’s extremely important, because no two situations are the same.”

In this case, Fields designed a pump that sits on a large, floating river screen in the middle of the reservoir. The 2,000-gallon/minute, 125-horsepower, variable-speed motor pumps water to the six Valley pivots. The pump control is incorporated in the Variable Frequency Drive box that sits on the shore.

The results, according to Sublett, are practically flawless. “I set the pressure, flip it on, and it takes care of itself,” he says.

Sublett can set the desired pressure so the pump ramps up slowly and maintains that pressure at all times, even when he turns off a pivot. He says the pump also shuts down slowly, saving wear and tear, just as Valley Water Management designed it.

VWM also designed the pipe that carries the water to the fields. The 60-foot-long, 10-inch aluminum pipe takes the water up a slope, and eventually to a Tee section. At that point, one pipe connects to one pivot, while the other carries water to the five other machines. In all, it’s about a mile and a half journey from the reservoir, and only one pump moves all that water.

The reservoir water supplies about three-fourths of the water needed for those six pivots, and Sublett supplements with water from small wells. 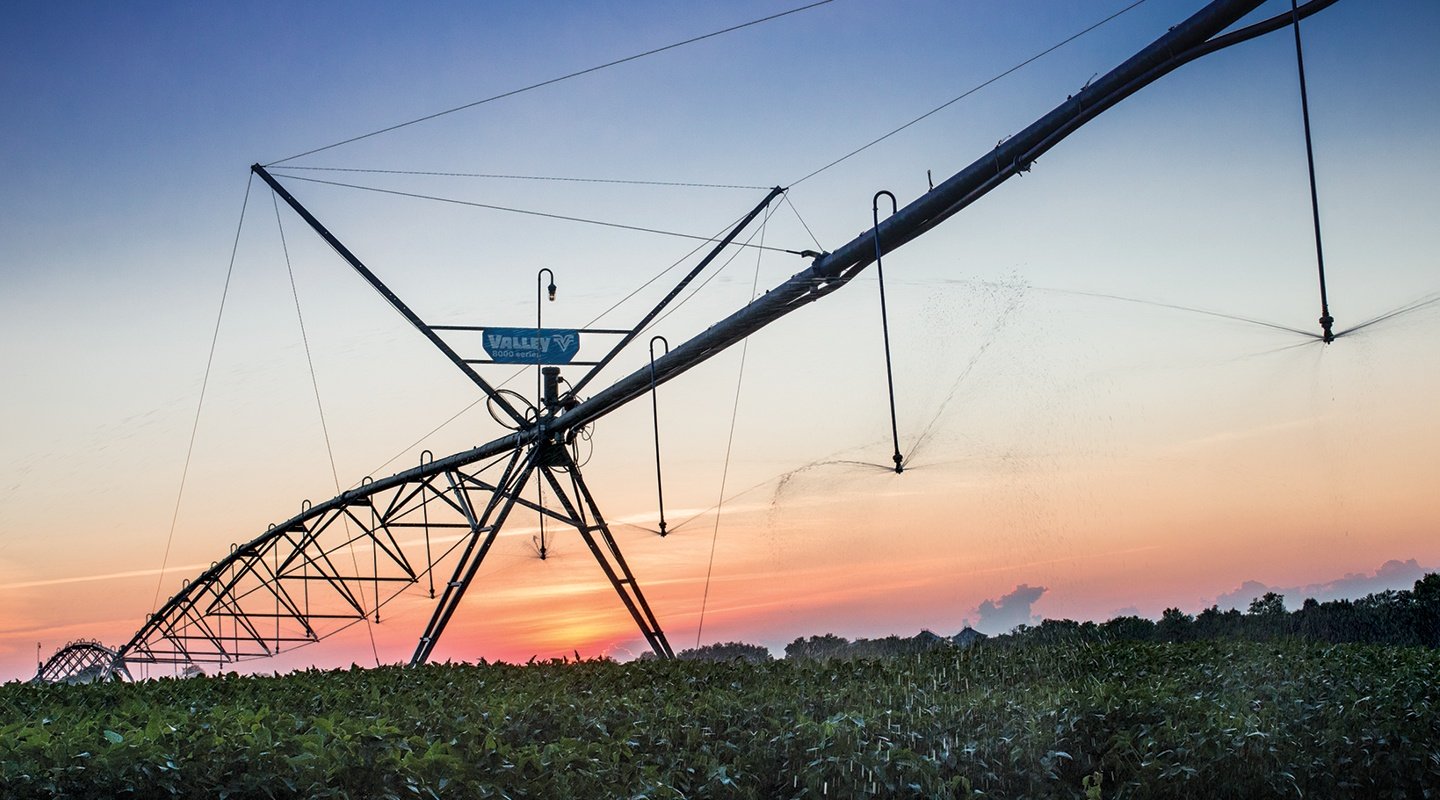 Fields points out that Valley is not just about supplying pivots and pumps. This was a real “out-of-the-box” collaboration. “The grower knew a lot going in, and he had good ideas. The dealer was smart and brought a lot of knowledge to the situation, and then Valley Water Management helped bring it all together to make it happen. We got the job done together. I’m sure I won’t see another project exactly like that one again.”

Sublett believes his investment in water is a good one, partly because of the yield difference that comes with irrigated land, but also because he wants to invest in his family’s future. He attributes the project’s success to Buchanan conferring with VWM for the engineering expertise on how to get water to his pivots.

“I figure this project cost about $1,600 per acre,” he says. “How soon it will pay off depends on rainfall, of course, but I’m very confident that it will pay off. I’m thinking longterm and did it big enough so I could justify the cost. I own this land, and I want it to be viable if my 2-year-old daughter wants to farm it someday.”